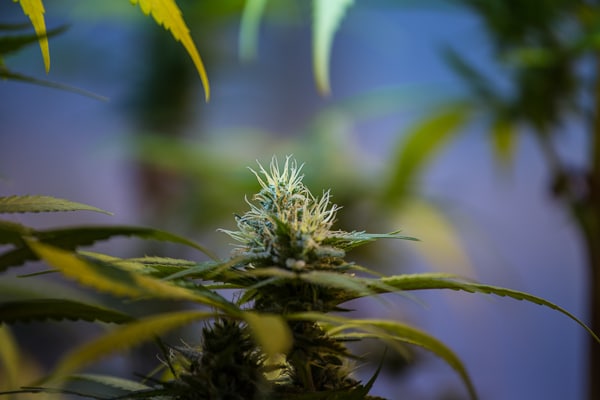 With each passing election, our country ushers in a new era of legal cannabis consumption. To undermine the illicit markets, many states have legalized the sale of cannabis for patients and recreational users. But one thing bears an odd resemblance to the old black market: cash-only cannabis.

Customers constantly question why cannabusinesses can’t accept credit cards. And rightly so. Many believed that this would be one of the biggest difference between legal and illegal weed. But for some reason, we still need to get cash before we can grab any green.

So why no plastic?

Banks answer to the federal government. And federal regulations even define transporting marijuana money as a felony. That means that even in legal states, federally insured banks cannot legally process the money. Across Washington state, cannabusinesses struggle to find safe and legal banking options, usually turning to credit unions, who can provide necessary services, but at an incredible cost.

And Washington isn’t alone. Cannabusinesses in Colorado, Oregon, California, and Alaska (to name only a few) can’t get loans or use federally run banks. Some banks have even shut down personal accounts of business owners, jeopardizing college funds, savings accounts, and mortgages. Because of banks’ inability to get involved, dispensaries remain cash-only.

Many businesses have turned to community financial credit institutions for services. But since credit card processing companies won’t work with cannabusinesses, dispensaries are stuck. With the industry doing billions in sales in 2016 nation-wide, the issue of cash-only cannabis dispensaries weighs on the minds of many.

What do businesses do?

Many have set up ATMs. All The Joint locations, for example, have an ATM for customers who didn’t come in with enough cash. Beyond that, there isn’t much.

However, in Washington and Oregon, a transitional company called PayQwick allows companies to electronically transfer money between sellers, customers, and growers. The company also works with the Treasury Department to file the required paperwork, relieving banks of the additional task. These types of companies usually function as an at-register ATM, and often charge customers for services. Your personal bank could also charge you for using an unauthorized ATM.

Federally reforming the classification of cannabis remains the only solution for cannabusinesses trying to secure finances and accept customer’s credit cards. Once the federal government deschedules cannabis, banks can legally accept their business. And businesses can legally accept your plastic!